Sometimes science brings exciting new ideas into life sometimes it gives birth to funny gadgets. Just think that that you don’t need to bring any kind of ID document to prove who you are.

Fingerprints can be used not only on the American border but also anywhere when anyone needs to prove their identity, to shop, or to pay bills in a restaurant. All you need are device that reads biometric data and merchant system that connects it to financial infrastructure. And you can forget about using a pen to sign credit card bills. In the very near future (not for the Germans actualy*) people will be able to authorise payments by moving their finger over a sensor.

This is something that is highly appreciated in the developed economies and it could even make merchants to leave RFID tags (Check this News.com article RFID tags: Big Brother in small packages from January 2003 to see what did financial institutions think about the RFID technology at that time) which creadit card companies place in all forms of bank cards. 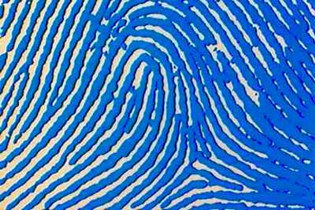 Since 2005 financial institutions in North America and EU as well as technology companies work on the idea with high intensity. The possible implementation of the technology for daily use even prompt privacy concerns.

But the new way to accept payments is highly appreciated from merchants who expect to save on processing fees. The technology is cheaper than creadit card POS terminals because it connects customers fingerprints directly to their bank accounts.

Once the new fingerprint based merchant terminals are brought to mass use what would be next… to implement Internet merchant accounts based on biometric technology? So we would be able to pay for our hosting accounts this way in a very near future?

* A German supermarket chain located in the south-western town of Ruelzheim. has started offering fingerprint in March 2005.