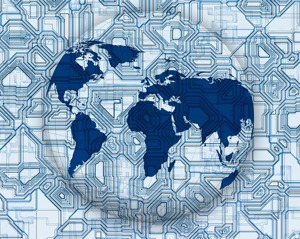 The average cost of a data center outage rose to $740,357 in 2016, which represents an increase of 38% since 2010. “But there are also indirect costs; financial penalties related to non-compliance, loss of trust, lost productivity and even job loss”. Who says that?

The highest losses from data breaches are in the United States and Germany, while the lowest are Brazil and India. The average cost of data breach (per capita) is $221 in the U.S. and $213 in Germany. In Brazil the losses are equivalent of $100, while in India it is $61. The average total organizational cost in the U.S. was $7.01 million and in Germany $5.01 million.

The average global cost of data breach per lost or stolen record is $158. It is higher for healthcare organizations. They had an average cost of $355. In Education the average cost is $246, in Transportation $129, in Research $112, while in Public Sector it is $80.

To find our more, read “2016 Cost of Data Breach Study: Global Analysis“, released by IBM and conducted by Ponemon Institute.

How Would Equinix Change IT Hosting Market In Europe?