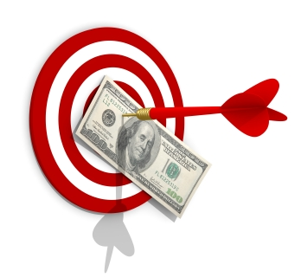 Interactive Advertising Bureau (IAB) released report which says that online advertising revenues for 2007 has reached $21.2 billion, a 26 % rise over the 2006 when web advertisers spent $16.8 billion. The Bureau projected $21.1 billion ad spending for 2007. The organization was precise in its projections that Q4 of 2007 revenues would be $5.9 billion.

IAB however said that that the growth in web advertising is slowing “due to the law of large numbers, primarily”. It is however important that 2006’s $16.8 billion ad spending was about 35% higher than 2005’s online revenues.

The IAB’s figures demonstrate the resilience of online advertising as traditional media ad spend began to be impacted by the economic downturn. In terms of the individual segments that make up internet advertising, the IAB, along with PricewaterhouseCoopers, which crunched the numbers, search, display, classifieds and lead generation showed varying degrees of health during the full year:

How do I see all this?

I’m now interested to see where the online advertising goes. Are we facing a boom of cost per lick text and banner ads or we’re moving to multimedia advertising? I think we’re walking the second way. Web is becoming more and more interactive and that will make traditional websites to look old-fashioned very soon.

I think that web marketers don’t have to focus on the number of people who click on their ads. If their ads are good enough people will memorize them even if they are not interested of the product or service.

To be considered as effective, an web ad usually has to provoke a response from user, which normally is a click of the mouse. According to the But Chan Yun Yoo, an assistant professor at the University of Kentucky’s School of Journalism and Telecommunications, there are 2 different types of memory explicit and implicit (when people watch online advertising).

Consumers might only recall a brand of any product from an web advertising when they discover it while browsing in a store. The consumers might also develop an unconscious affinity for a certain brand despite not knowing specific facts about it.

I don;t know whether this theory can bring you dot-com business to bankruptcy by increasing advertising costs and decreasing ROI but I thin that it works just as it is described above.

Launching A New Website? What Would Make It Good?