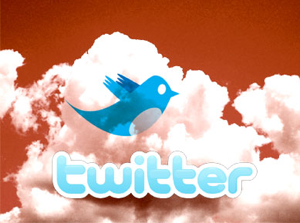 I think the answer is “No”. It is not serious and it is not appropriate. People got crazy about social networking, and sometimes they even forgot that most social networking tool didn’t bring any order and systematize the customer support efforts and operations. The social networking tools work best for entertainment purposes, marketing and help us a lot to stay in touch with friends and partners. They can be used even for front desk support, but they do not offer accountability.

The reason to start this post is that I’ve seen that US Today published an article “Businesses use Twitter to communicate with customers“. It gives a few examples of how major corporations such as Comcast that use the social network to ask question to their customers and to keep them informed.

“When a Stanley Cup broadcast suddenly went black in late April, many Comcast subscribers simply scooted to Twitter to find out why”, says the story in USToday. “It was there — not on a phone system with multiple options — they discovered that a lightning storm in Atlanta had caused a power outage during the Philadelphia Flyers-Pittsburgh Penguins hockey playoff game, and that the transmission would be restored soon”, explains the paper.

USTodays reports that corporate giants such as Comcast, PepsiCo, JetBlue Airways, Whole Foods Market and others are “beefing up direct communications with customers through social-media tools such as Twitter”.

Web hosting is intangible business, in which customers don’t have a physical contact with their service provider. This means that the web hosts must use a very well-organized customer relationship management systems, that help them to communicate with customers and to create confidence. Twitter works fine to stay in touch, but if you want to provide a first class customer service just forget it.

SEO Hosting. What Is This And Who Needs It?