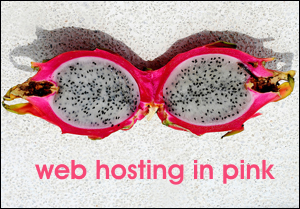 I’ve joined a “Hosting Industry” group in LinkedIn, where anyone can find some of the brightest professionals in web hosting industry. One of them, Chris L, Director, Business Development at Tippit, Inc. has created a discussion titled “How the economy would impact the hosting industry?”. Let’s see some of the opinions posted by leading web hosting professionals. I’ll offer my thoughts here as well.

So, I’ll start with the things Chris Lloyd said in Webhostingunleashed blog. He says that anyone should agree that the financial crisis have the entire country (U.S.) tightening their purse strings.

“People are eliminating everything but the essentials. On the surface you would think that personal web hosting wouldn’t be considered an essential. However, as more and more Internet citizens are creating blogs or personal websites, perhaps they’re no longer considered a luxury to some” writes Chris and asks some web hosting industry experts about the consequences of economic slowdown on their web hosting companies.

Tom Sepper from Site5 said that the financial crisis hurt the industry. “Most industries have experienced an impact based on the economy and hosting is no different” says Tom Sepper and ads that his company does shared hosting and this means that many of its customers maintain websites as a hobby. “In that sense, hosting is an expendable commodity” add Mr. Sepper and says that people need to make choices how to spend their budget and that hurts shared hosting industry.

Rodney Giles from Eleven2 commented that the slowdown in the U.S. economy hasn’t affected the business of his company and it is still on “same consistent growth rate and are actually experiencing even more growth since the downturn started in United States”.

This looks very much as a statement made in a trade show, but Mr. Giles probably says the things as they are. His company promotes web hosting services by asking Americans to project who’s going to be the next president and uses photos of John McCain and Barak Obama. Do you find this appropriate? I don’t!

Chad Bean from Host Gator explains that the U.S. crisis “hasn’t really affected us since we have a good balance of international clients as well as many clients here in the U.S”. Mr. Bean adds that Host Gator has customers that got laid off and have decided to get down to web business. He says the same for those who, according to him “want to work from home with a web based business.”

I think he can be grateful that there isn’t too much journalism in web hosting industry, the way there are in politics or in economy. Otherwise he will face some questions he might not answer such as “Do you know that the crisis in now global?”, “Are you saying that a large number of your customers decided to start doing web business, only because they lost their jobs?”, “How many of your customers are jobless?” and a few more like these.

I will not save Mr Bean my comment. I would say that after Host Gator decided to start heavily overselling by offering “unlimited” disc space and data transfer for $4.95/mo, the only ones who got caught were those who lost their jobs.

Matt Russell from WebHostingBuzz said that his company noticed a number of things. The first one is that its company now hosts far fewer inactive websites, and most websites are there for a purpose, “whereas before we’d have many clients signing up just to test out some features”.

The second thing Mr. Russell said is that their “international client base is growing fast”, because the weak dollar makes his company’s services very attractive to anyone outside of the United States. The third one is that “consumers are more price-savvy as they have less money to spend”.

This analysis worth’s the time anyone would spend to read it. There is only one thing that changed since Mr. Russell talked to Chris Lloyd in August. The dollar went up and it is now a little bit more expensive compared to euro and other major currencies.

Chris Lloyd says that the awswers he got are “pretty mixed” and ads that he still wonders “Has having your own website or blog become an essential to the users of today’s internet?’.

The discussion continues in LinkedIn where Chris Lloyd asked the question: “What changes have you seen since that time?” (since August when he discussed the “Web Hosting Industry-Impact of the Economic Slowdown”).

“I’ve seen some attrition due to the downturn in the economy. New sales activity doesn’t seem to be affected; quite the contrary actually”, said Josh Ewin VP Sales / Marketing at FortressITX.

Ditlev Bredahl writes taht as the crises spreads from Wall Street, to “main street” all web hosts will “have clients going bust, and being forced out of business so everyone will be touched by this”. He also projects that “the number of webhosting clients will not change dramatically, and we will see a similar or slightly lower growth to the number of websites as we have seen in the last few years”.

James Grierson, a VP of Business Development in BlueHost writes another success web hosting story much alike the one told by Host Gator and Eleven2. He said that the economic slowdown didn’t changed any his company’s current growth trends. “Across the board our daily numbers for new customer acquisitions have steadily increased and our overall retention rates are staying constant”.

The web hosting is industry is today very much saturated, especially in its Shared segment. Any future growth in U.S. shared hosting market may not come from domestic consumers, but will be driven from sales on Asian markets. The growin demand of shared claa web hosting in Asia makes more entrepreneurs from Asian countries to register local comapnies and to build infrastructure at home.

The financial crisis in United States will be a part of the history with an year, but this will not stop the significat changes in web hosting market. European hosting industry for example will continue to globalize and one of the reasons for this are the growing costs of data centers and infrastructure. Smaller comapnies will me forced to merge or to have very stron positions on EU’s domestic markets.

Some American consumers will continue using web hosting services with traditional web hosting providers. Others however will prefer not to purchase web hostng, but a whole online business solution from other website servie providers.

We can also expect a probable downfall of the overselling web hosting providers, who will have hard time to find fresh money to invest in advertising and financing ricky business activities. Oversellers are also those providers who host a larger number of amateur websites, which people would easy abandon because will not have time to loose.