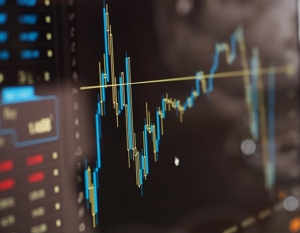 The author says that for a while he has thought of Cloud as a new model of computing in the IT world. According to him “For the IT industry, a new computing model is a very big deal. In the 60 years or so since there’s been an IT industry, the cloud would be only the third such model, centralized and client-server computing being the two previous ones. Mainframes and PCs were the defining technologies of the centralized model and client-server models respectively”.

Mr. Wladawsky-Bergerin conceptualizes Cloud computing by saying that it has gone through 3 major phases (“stages” in the author’s own words) over the past 10 years. Those according to him are:

The author assumes that “it’s well accepted that cloud computing is a major transformational force, helping companies adapt to the ongoing digitization of the economy, – one of the biggest challenges every business is facing”. Mr. Wladawsky-Bergerin then focuses on “some of the ways that cloud in this third stage is helping companies through their digital business journey”.

I believe that the value of Cloud computing is in increasing productivity, performance of enterprise computing infrastructures by consolidating the resources of stand-alone physical or virtual computer instances into servers farms (networking models of computing systems). Cloud computing is also about offering IT hosting services like High Availability and Failover (or Fault Tolerance). Other than that it is very much an industry which is not genuine, a “phony innovation” used by major software, hardware and technology producers to persuade businesses and consumers to increase their monthly spendings.

Is Cloud A Natural To Computing?

Although that compute clusters have been well know IT infrastructure models for almost 2 decades and virtualization technologies were in use long before the term “Compute Cloud”, I believe that Cloud computing is a not a natural to the market, at least not from technology perspective. Why? Because, despite the fact that “Compute Cloud” is technically defined, the term itself is just a phrase that describes computer clusters. The only difference between, what is called today, “Cloud Computing” and computer clusters is the use of virtualization technologies.

In the WSJ article “The Transformative Power of Cloud Computing”, mentioned above, the author says something which is a common misapprehension. According to him “The vast majority of people don’t want to see the hardware, software or applications, any more than they want to see wires showing through in electronic devices. They just want all kinds of services-as-a-service in human terms – consumer services, business services, government services, financial services, healthcare services, educational services, entertainment services and so on”. In fact, “the vast majority of people” like understanding the technology they use to certain degree. The also want to have some control over the technology at least a control over their IT spendings.

Most people and companies are comfortable with physical servers and physical personal computers. In fact most users don’t even have an idea what a virtualization technology is, it sounds a bit mystical, a bit magical to them. Even those those who use virtualization technologies and virtualized instances don’t understand them very well. Physical computers are easy to see and understand and don’t require extensive technological knowledge. There is only one reason for the computing industry to move to the “Cloud”, from technical point of view. It is that today’s software applications or websites are resource-intensive.

The modern day websites and software applications are hungry for processing power and computing memory. It is very likely that a single multi CPU physical server would not handle the load and would not feed the processing  operations, result of the actions of hundred thousands or even millions of Internet users, who do something on the website or app. Therefore, the industry needs to groups servers into networking models of computing systems (clusters) and to distribute the IT operations across those clusters.

However, when it comes to personal computers or use of computers for home, Cloud Computing does not make a huge difference. People still do not need high performance computing for personal use and even resource demanding applications such as games and apps that require real time communication work fine on a powerful four Core powered personal computers with 16 GB for memory (RAM). It is is still very much an effort driven by technology corporations to make consumers to spend more money with them.

Mr. Wladawsky-Bergerin explains his concept of “The Industrialization of Services” in a separate article. In his Wall Street Journal text he says that “Cloud computing is driving a much needed industrialization of IT data centers and IT infrastructures in general”, an observation which is both very true and a misleading. Since the first main frame was introduced into the market, data centers have always been an industrial infrastructure. There isn’t much to industrialize. It is just that today Cloud computing is on its way to become a mainstream. In 5 to 10 years Private Clouds would be a utility service. Consumers and families would host and use data hosted in data centers not in their personal computers.

If we’d discuss any possible industrialization trends into data center and Cloud infrastructure business, it would a process of creating niches in the data center market. Today most data centers and wholesale IT housing, data storage and computing service facilities. It is very likely that within the next decade the data center business (the one in the U.S. in particular) would restructure in way to deliver industry specific Cloud computing services. This would be an industrial trend inside the Infrastructure Hosting and Cloud storage markets.

Cloud Hosting – What Is This?