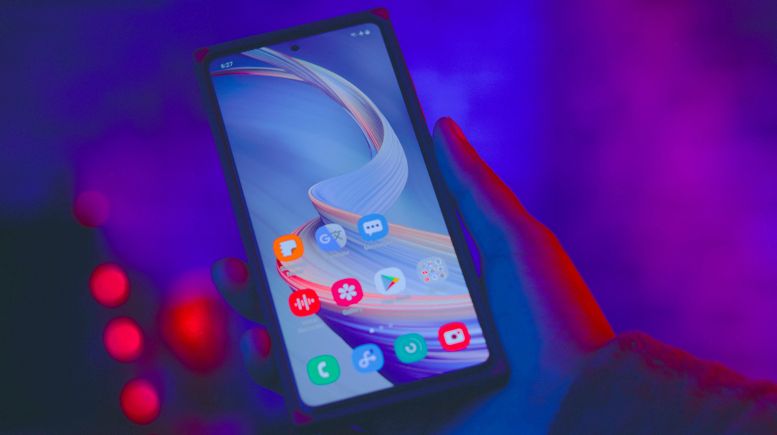 Companies that are forming the backbone of the new digital economy have crossed the line of decency. They are imposing various policies, requirements, and restrictions on their users, collecting data they are not supposed to possess. They waste our time and money, and it looks like no one can do anything to stop this. The current economic climate, shaped by COVID-19, is accelerating the change to AI-driven, digital economy and is further empowering the current digital corporations.

Monstrous corporations are taking our freedoms slowly but decisively. Unlike the elected officials we can hold accountable and governments that we can legitimately object to, we are virtually powerless against the policies imposed on us by corporations like Google, Microsoft, Facebook, Amazon, and the rest. They have huge legal teams, and they can take on everyone. Ninety-nine percent of the people do not have the means to protect themselves against corporations that run the digital economy. Most people have three options: to comply with the corporations’ requirements and obey them, to find themselves restricted, or to plug themselves off the digital world. The latter might work for those who are 60 plus, but it is not a solution for the younger generations.

We need to do something and start opposing the digital corporations’ policies that are taking control over our lives. Google, for example, requires the users of its services to submit copies of their driver’s licenses, state IDs, passports, or other forms of government issues IDs to “verify” their identity. The de-facto search engine monopoly does that even for paid services, where the account holders have already given their credit card numbers. If any service provider has our financial details a credit card details, for example, our privacy is already disclosed. Merchants do not need anything other than our credit card to charge us for the services they provide. Some providers occasionally might need to confirm a client’s identity to ensure that there is no fraud. This is not the case with Google and Facebook. They purposefully collect as much information about their users as possible, however. Google, Facebook, Microsoft, Amazon, or any other digital services provider simply do not need government-issued IDs because they are useless to them? Unless they mean taking on us and using our data to build service models and algorithms that would allow them to impose various forms of soft control over our lives.

This is what is actually happening! We are not losing our freedoms to the government. We are losing them to the corporations of the digital age. Most of them are so powerful that they have virtually unlimited financial resources to spend on lobbying and on changing the laws and government policies in their favor. Political corruption is not just something that makes certain elected officials rich. It is a way to use the government for private benefit and in favor of the stronger. In the age of the digital economy, “The Stronger” are not those who hold the political power. It is the corporations that provide digital products and services.

Most of us are trapped as our business and personal activities are locked to services that companies like Google, Facebook, Yahoo, Microsoft, Amazon, and others have long been advertising as “free.” The cost of using “free” digital services and products and the “Free Trials” is being paid with our freedoms. Let us look at Gmail, for example. It is convenient, isn’t it? It offers “unlimited email storage,” and it is essential to have it because you need a Gmail account to access all the “free” services on Google’s ecosystem. To use most of Google’s free services, users now need to give their credit card numbers and, in various cases, verify their identity by submitting various forms of government-issued IDs. So, companies like Google do not just have our data. They have long been having our financial details. They knew what we do online. The digital age corporations also use software automation and AI-based systems to build behavioral prediction models that predict what we would do. Now they want to have our ID documents and all our data.

Google has long had access to our email data. We cannot blame them for that, however! We have been using email accounts on their free Gmail service, which is all theirs, and they could do whatever they want with it. No one should be surprised if they lose their email, years of correspondence, and all contacts in their Gmail account. These are not private property. They belong to Google. Amazon AWS keeps a fair share of our business data, applications and powers our workloads. They seduce us with a “Free Trial.” Then we find ourselves addicted to a model of creating and delivering Cloud services, which is purposefully made as complicated to understand as possible.

However, it is not Google and Amazon to blame. The blame is on us. We are responsible for surrendering our freedoms in the digital economy. Many of us do that out of greed. Instead of going with smaller and medium-size service providers, who are more transparent and whom we can control as clients, most of us chose the “free services” and “Free Trials” offered by the corporations. Many of us are cheap! Most of us are becoming less intelligent. We know less. We think less. With the development of the Artificial Intelligence (AI) based economy, we will become even lazier than we are at the moment. We, the humans, are at the edge of losing our ability to develop ourselves intellectually. We have already been overwhelmed but the corporations of the digital age. Many of us consider the upcoming AI-driven economy as something exciting. Many even suggest that human beings will finally be allowed to relax and enjoy the product of their civilization! Does this mean that we think that we can change our roles from creators to consumers while enjoying the freedom of choice we used to have within the last four or five decades?

If we think that, we are wrong! The freedom of choice comes with an effort. Consumerism is a state of being passive and follow someone’s lead.

When it comes to politics, many people complain that there are no leaders anymore. Some even try to point our attention to authoritarian regimes like Russia as an example of political leadership. Leadership has nothing to do with an oppressive regime or an authoritarian government. Humankind experienced authoritarianism. It is not good, and it is not the model of societal organization to follow. Today’s free societies, where there has been political pluralism for more than a century, are not endangered by authoritarian political trends or any changes in their political systems that would ruin their democracies. The danger is not inside their political and institutional systems. Our daily actions are a menace to our societies. We harm ourselves and our societies, driven by greed and desire to make more and more money out of other people’s delusions. We might find today’s politicians unfit for their jobs, stupid or corrupt. When it comes to political debates, most of us are passionately attacking each other – some of us are on the right, others for being on the left. The implementation of mainstream political ideologies is not something that would be causing significant societal problems, however. Not anymore. Not in a state of corporatism. No, in a digital economy controlled by a handful of corporations. Not in a world where monstrous business structures hold our personal and private data and model our consumer behavior and day-to-day decisions.

I am not a leftie. I have never been. I consider myself a moderate right-wing voter, someone who embraces the principles of capitalism and market competition. However, the corporations that control the digital economy have nothing to do with capitalism, the market economy, and the freedom of choice. Corporations are very similar to authoritarian political leaders. Just like dictators, they do not accept competition. They want us to be submissive, to have no choice, to surrender our preferences, to follow their agenda, and to give them as much money as we can.

What is the point of protesting against any corrupted government or storming the Congress or any other parliament if the decisions about our daily life, the process of modeling the consumer behavior, and many other important decisions are not made in the governmental offices anymore? How can we hold our governments accountable in a digital AI-defined economy controlled by unaccountable corporations?

It is still not late to take control back. It is simple to do it. We need to stop giving our money to the giant corporate structures and begin supporting people around us.

Something Google To Change

Be the first to comment on "Digital Economy’s Monsters Should Be Hold Accountable For Their Policies?"