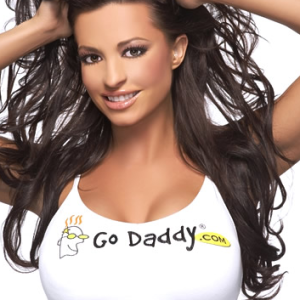 The Google’s influence on any dot-com market is significant. Web Hosting is not an exception. The Search engine can turn a small web hosting company into a business with ten thousands of customers only if it ranks its website on the first page with search results (SERP). Any hosting service provider that has been ranked among top 10 web hosts withing the last 10 years has significantly increased its market share. But what would happen if a market leader goes on top in the Google’s SERP?

While talking about Cloud computing and explaining that he sees “5 types of Clouds”, in an interview with Network World about new trends in virtualization technologies and Cloud computing the CEO of Parallels Serguei Bellousov said:

“Google. Today it’s real cloud computing… It’s real applications in someone’s cloud, “honestly I believe Google is a true evil empire“. Google realized that the main impetus for it’s growth will be anti-trust laws. Because of this from the beginning Google tried to position itself as a nice company. Google is very closed, and very focused on direct control of the end customer.”

Of course Google is not “Evil Empire” in its genesis. The company’s message to anyone says exactly the opposite “Don’t be evil”. The market dominance of the Search giant however can boost the business growth of any dot-com business or even to kill businesses.

I used to have a directory that was ranked very high in Google on various web hosting related keywords between 2003 and 2005, and of course it brought me a lot of money. But when I stopped paying attention on the development of the website it went down. A lot of new competitors for the same keywords, same content area appeared, I lost my ranking, and the business went down. So my sales dropped from $3,500/month to $200/month.

Of course the first to do was to blame anyone but me. I needed to find explanation of what happened so Google went top in my guilt-list, followed by the “shameless spammers” (some of them are real spammers) with the “top hosting directories” that got the positions I had.

But after a 2 months of being panic-stricken and the only words in my head were “You are loosing!”, I’ve finally get myself together and succeed to figure the things out . “It was my mistake and there’s nobody to blame”, was the message I sent to my ego, that somehow I made it to persuade it.

Once I realized that I lost because I didn’t work hard and just decided I know everything I need about the Search Engines I’ve decided that I’ll kill the project myself by changing its content and starting from the scratch. Somewhere in that time, et the end of 2005 I have decided to create a blog which would cover the web hosting industry from a different perspective.

At the this time anyone was writing only about offerings, plans, promotions, discounts, or just trying to create the next “Best” or “Top” web hosting list (something which is still trendy), and most authors saw web hosting companies in black an white (very good or very poor of quality). So decided to talk about the things in hosting industry the way like any journalist would do it. I didn’t know whether I make it or not, but Daw Blog established itself among the leaders in the industry. Of course I still need to work a lot, to learn every day and to keep going.

I’ve said the above things to illustrate that we should always try to find whether we made a mistake or not before blaming others. But this articles is not about me. It is about Google’s dominant position on the Search market and its capacity to crown anyone or to “send them into exile”.

But Google Still Can Boost Or Kill Businesses?

GoDaddy, probably the worlds biggest domain registrar has been widely popular in U.S. with its Superbowl ads and sexy girls offering web addresses on tv. Of course the beautifull girls have nothing to do with the web hosting. Honestly, the messages they sent to consumers in GoDaddy ads are some of the dummiest I’ve ever seen in web hosting. However they worked and made GoDAddy the most recognizable name in Domain registration industry.

Of course I must admit that GoDaddy offers a quality services and was on of the first Domain registrars to offer advanced online CRM to domain name owners.

Today, GoDaddy is probably on its way to become the world’s biggest web host (at least biggest one in the retail web hosting market). It would become the most recognizable brand in web hosting ever, the way it made it in domain industry. And Google will be “guilty” for this. Why?

GoDaddy is currently number 1 ranked website on “web hosting” search term. Google counts 8,820 links that lead to GoDaddy’s index page. Of course the number of back links is not most important factor for high rank in Google. If it is like that, the first page with “web hosting” search results would be conquered by spammers.

The most powerfull Search engines “helped” many in web hositng business to get succeed. The only thing to do for any web host so it can start receiving a ot of targeted traffic is to get ranked in the first SERP in the search engine. The new guy on top is GoDaddy. The company is top on another lucrative search term as well – “hosting” and “domain hosting”. It is approaching the top 3 spots on “website hosting”.

The first place on “web hosting” in Google has been occupied for almost 2 years from overselling web hositng providers or “top web hostign” directories with insignificant buisness record on the web hosting market. Now with ranking GoDaddy first Google algorithm officialy crowns a company which consumers has already recognized as one of the very few nobels on the web hositng market.

I think that the GoDaddy’s rank on top on all important web hosting serach terms will further stimulate the World’s Number top Domain registrar to invest in web hosting market and to increase its share in web hosting industry. The company has been critisized for its poor customer support and for many otehr things, but at the same time it is very good in automating its services and products.

So we can expect very soon to see GoDaddy as a top retail web hosting provider within the next year. And this would be even without mentioning another brand, tied to the company – Wild West Domains.

Posters Are Comming Around

Be the first to comment on "Google To Help GoDaddy To Become Number 1 Web Hosting Provider?"