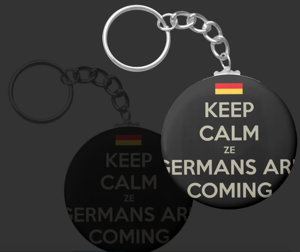 This is the first par of a “positive” review I have recently found at Web Hosting Talk forum. As someone who has spent many years in observing the web hosting industry and its developments I have found this review quite shocking? Why?

The costs of IT infrastructure ownership and maintenance have been steadily increasing within the last five years due to increased prices of power, higher property rent and labor costs. At the same time, I have seen that there are a number of web hosting providers hat sell physical dedicated servers, one of most expensive type of IT hosting service in the market, at ridiculously low monthly prices, close to those of the premium Virtual Hosting (Shared Hosting) plan. There is something in common between all those companies that sell cheap dedicated servers. Most of them are German!

The German web hoster quoted above sells Intel Xeon E3-1270 based dedicated servers, with 16 GB RAM and 2 x 1TB SATA hard drives at €49.99 ($55) per month. This price is available both as recurring renewal option and on monthly billing (unless other is stated in the company’s Terms of Service).  The hosting provider is owned by the german firm “MyLoc managed IT” AG, a Colocation and Managed hosting provider that owns its network and infrastructure.

The market price of a server with the computing resources specified above, bought from any average German server vendor, varies between €1,200 ($1,310) and €1,400 ($1,520) including VAT, depending on the brand.

Another German web host, Server4you sells a dedicated servers with desktop CPU model Intel i5-4590, Quad-Core, 32 GB RAM and 2 x 3TB hard SATA drives at €58.99/month. The dedicated hosting plan is advertised as “1000 Mbit/s”. The price of such service is obviously very low. Is there a trick? The web hoster offers “PremiumReboot” and “PremiumRecovery”, whatever these might mean, as add-ons for €9/month. Those who decide not to buy “PremiumReboot” option, will use “PowerReboot” which “guarantees a restart within 15 minutes”. If customer who uses a server with the specification listed above needs support, one could use “free E-Mail-Ticket”, as company describes it in the order page or call a “PremiumSupport-Hotline” 0900 number , which is charged at €0.09 per minute. A 15 minute conversation with the company’s support team would cost €1.35 ($1.50). Whoever wants to call a tool free number could do that in the time frame of 07 am to 12 am.

The third web host we have reviewed, is popular in the web hosting industry for selling dirty cheap dedicated servers. The company is called Hetzner. It sells Intel Core i7-920, desktop CPU based servers with 48 GB RAM and 2 TB SATA hard drives at €59 per month. For this monthly recurring fee the web host promises 200 mbps “Bandbreite garantiert” (guaranteed bandwidth) with 30 TB “Traffic inklusive” (“included traffic”), whatever that might mean. 30TB data transfer converts to 92.59 mbps, which means that Hetzner has not intention to allow its customers to use the 200 mbps “Bandbreite garantiert” promise in the offering, with one exception – if the web hoster doesn’t apply any additional network limitations, clients that use a dedicated server like the one above, would probably use burstable bandwidth above 92 Mbps, up to 200 mbps.

It looks that not just U.S. dedicated hosting providers use sales gimmicks to attract customers.

Is There A Way To Dedicated Servers Could Sell That Cheap?

Those offerings are possible only with a severe restricted technical and customer support, highest possible automation, various TOS limitations, governmental (or EU level) subsidies for “industry capacity”, as well as national or local energy subsidies, which Germany is famous for, and which European commission confronts. In fact, Germany is in dispute with the European Commission (EC) over subsidies to energy-intensive industries which EC claims run counter to European Union goals on promoting greener sources by 2020.

Some industry experts say that German IT hosting providers are much more efficient in managing their infrastructure compared to providers in North America, which allows them to run their business with lower operational expenses. Even is this is true, something I doubt, it is still impossible to profit from selling dedicated hosting solutions for a monthly fees, which are 20 – 25 times lower than the market price of the hardware used for the service.

At times when the web hosting industry is in process of consolidation and is about to become more corporate on its infrastructure level, it looks that the German IT hosting providers, as well as web hosts in other European countries (in France for example) have secured significant financial aid from their governments in their efforts to increase market share. This might prove to be a good model of growing an IT Hosting business or it might lead to some form of “Tech Grexit”. However, the most likely scenario for those web hosters that managed to grow their business and to increase their customer base leveraging on subsidies, public financing and governmental funding is to sell when their profit margins decrease. Otherwise they’d just bankrupt soon after they stop receiving a financial aid. It is very likely that, in few years American or Asian companies to start acquiring most of those EU based web hosts, which grew to a certain level, supported by governments that wasted taxpayers’ money.

The choice consumers and business have to make is whether to support companies that adopt risky business practices or to pay little bit more and to go with IT Hosting providers that follow viable business models. It is also about managing the IT risk.