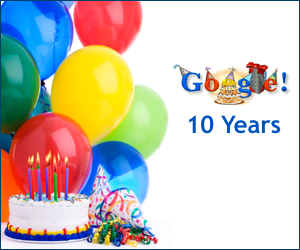 I’m the last one who will wait on a line to glorify Google. If you search Daw blog on “Google” related keywords you’ll find some very critical reviews about Google products and policies. But all those are part of the game. They don’t devaluate Google as a company or depreciate its achievements, and leading role of building the modern web. But I’m sure that Google is much more important as social phenomenon than as technological one. Why?

When Chinese government decide to filter the web in Olympic village this wasn’t news in China. The Western journalists made the decision of Beijing’s authorities a front page story in thousands of newspapers. But filtered web is a reality in China. It is much less because Chinese Internet users are keen to read news and stories critical to government in Beijing, and much more to prevent them to search, find and produce content that can be accesses in Google’s search results.

That’s why Chinese government set an ultimatum to Google to remove some websites and pages from its search results which Beijing considered as “inappropriate”. Among them were search results that lead to pages related to Tiananmen Square protests of 1989. Google accepted to censor its content that Chinese consumers can reach by searching Google.cn or when using IP addresses from China.

The Fear of Google Today Is A Fear of Pluralism

The main achievement of Google is not that search engine simplified the web search and enabled users to find quality content. Google search technology has to to appreciated because it give millions access to information they can not find elsewhere, in a physical world. We all know that once Search engine indexes something it can be found anytime even if the access to a given website is limited.

This is very important for many people who live in countries, ruled by authoritarian governments. This makes Google important for spreading the values of democracy a and modern society around the world. I want to underline this, because Google is probably the only Search Engine that pays attention to local communities in way to give them access to information.

Everyone Can Be #1 in Google

Google is pure American! It brings this what people call “American Dream” on the web. Anyone can go top in Google’s search results, to become popular, to make fans or grow its business thanks to Google. The search engine does not comercialize its search results and this is probably its main achievemnt. Google give equal opportunity to everyone to benefit from its system. Those who are more creative and produce quality and unique content win more.

This is very important business approach and I belive Google will be a web leader for as long as it implements it.

The search engine provides opportunity even for spammers and to those who use inappropriate marketing techniques to reash top spots in Search results. But sooner or later pages and websites managed this way get either excluded from index or loose their rank. Today most people who are in Search Engine optimization comply with Google’s webmaster guidelines. This is because they are fair enough and it is worth to be followed.

These are three of the most important things that make Google a global leader. They make a private company to have a enormous influence and to give Google the status it has in todays world.

I’ll stop praising Google here and to say “Happy 10th birthday! Thank you for your business”!