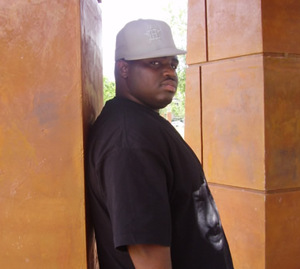 Black music culture influenced different music style through last 10 decades. From gospel, through blues and jazz music to modern hip-hop, black rhythms have a global impact on popular music. Now you can see rap culture shaping its own web business style. Before continue reading this article you can play the featured video.

One of the flagmans of the Hip-hop invasion on the web is a regular guy who’s name is Chuck. Chuck’s who’s artistic nickname is Mo Serious. He says people call him also Poetic Prophet. This is the web address if his website as well. Besides above nicknames Chuck also calls himself – The SEO Rapper.

Chuck launched web TV and named it “Mo Serious TV”. It offers a collection of videos based on the his thoughts. Chuck’s Houston, TX based entertainment label is Mo Serious Entertainment. He says that the only record label features himself as a premier artist. Chuck says on his website that he provides artist management services to a few local rap groups like “Hard Head Records” and “C.M.S”. All these however are Chuck’s after 5 pm business activities.

Between 9 am to 5 pm he works as SEO specialist and deals with Search Engine Marketing and Social Media Consulting for Pop Labs – agency with stylish website.

From time to time Chuck posts videos related to online marketing. He has created his own profile in YouTube – M0Serious.

Chuck is a religious. He grew up in the church and got saved at age 13. During that time he wrote religious raps and performed at church. He says that he felt good representing Jesus, but he was also does secular raps. “To my friends and family, I’m Chuck, the cool laid back guy who knows a little bit of everything.”, says The SEO Rapper in his blog – MoSerious.WordPress.com.

In one of his blog posts – Conversion Closing Chuck says that as a Project Coordinator/Marketing Specialist at Pop Labs he meets lot of business owners who sign up company’s service because they need to get results.

“They’ve either tried SEO/SEM and didn’t do it correctly, don’t have time or simply don’t know how to do it. Majority of them tried and failed at it which resulted in loss revenues and time loss. I also realized that even though they are business owners, they don’t understand the sales process and how to “close deals” of potential new clients. I was probing for ideas for a new SEO rap, and I thought, why not do one on how to get conversions and how to close the deal. So…with that, the latest installment of my SEO raps is…”Conversion Closing”, explains Chuck.

Check it out hi “Conversion Closing” video. Chuck looks very much like SEO rap start there.

10 Great Years. Why To Admire Google