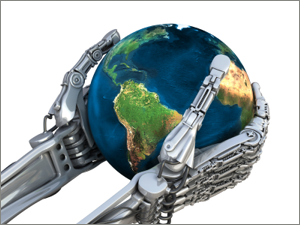 Everybody is talking about VPS. Virtualization and VPS Hosting are a fast developing web markets. VPS probably grows even faster than the server market. This article introduces VPS Hosting and some virtualization technologies to those site owners who will very soon need to use them.

Virtual Private Server (VPS) is a hosting product which allows us to work in custom configured web hosting environment. This is possible through partitioning of any web server into a number of virtual servers. This is a process of called Virtualization. Although “Virtualization” is a much broader term, than the meaning we use in this article, the term is relevant and describes correctly the method of partitioning web server into a virtual machines. The most important thing for consumers of web hosting services is that VPS allows them to run web sites and applications in isolated environment, but at the same time saves them around 60% of the costs they face when using dedicated class hosting service.

I’m sure anyone who is familiar with server virtualization solutions would write better summary, but the purpose of this articles is to offer some information and reference to consumers who are newbies in VPS.

Every VPS holder can choose an OS (Operating System) and can reboot the virtual server. The VPS is visible on the web as a isolated machine (server). VPS account holder has Root access and uses guaranteed resources such as CPU and disk space. Each VPS has its own file system, different server load and runs web applications in custom environment – from OS to the client side applications. Let me now introduce some server virtualization (VPS solutions) as I understand them.

OpenVZ is an Open Source software, available under GNU GPL. It container-based virtualization for Linux. Using it we can create multiple secure, isolated containers (Virtual Private Servers) on the web server. Each VPS performs like a dedicated server. The container comes with root access, can be rebooted independently and support users, IP addresses, memory, processes, files, applications, system libraries and configuration files.

OpenVZ core type technology and it doesn’t provide users (consumers) with easy to use graphic management control panel. But at the same time any developer who wants to create custom virtualization solution can use OpenVZ as bottom-line solution to produce user-friendly VPS management application. More information about OpenVZ can be found on its website.

A Virtuozzo Containers presentation follows because it is based on OpenVZ. Virtuozzo is an operating system-level virtualization product (TM) of Parallels. It has both Linux and Windows version. Using Virtuozzo we can create multiple, isolated virtual environments. This allows hardware sharing and even software licenses sharing among different workloads.

Virtuozzo is probably the best virtualization solution for Linux web hosting providers because it optimizes the usage of resources of the physical server and can support hundreds of containers on a single server due to its use of operating system-level virtualization. It supports servers with up to 64 CPUs and 64 GB of RAM.

When we use Windows as host OS on the server where we use Virtuozzo the virtual environments have to be also powered by Windows (if the server runs Windows 2003, the VPS also have to use Windows Server 2003). The good news for Linux web hosts and VPS users is that Virtuozzo gives them more flexibility, by allowing containers to run different Linux distributions.

Virtuozzo Containers method is unique because unlike other Virtual Machines (VM) software it virtualizes at the OS level, than at the hardware level. While other VMs virtualize “a complete set of hardware,” Virtuozzo utilizes different approach. It virtualizes “an operating system instance”. All containers run atop a single operating system kernel. The mechanisms of VPS creation multiplexes the OS kernel to look like multiple server (OS) instances.

Besides that Virtuozzo for Linux is based on OpenVZ, its concept is similar to other OS-level virtualization implementations, including HP-UX Secure Resource Partitions, Solaris Containers, Linux-VServer and FreeBSD Jail.

Let’s say that “Virtuozzo Containers virtualize less” and that’s why they cause lower overhead than other virtual machine technologies. This makes Virtuozzo VPS more affordable as providers can run a larger number of containers on any given server.

Virtuozzo containers on the web server rely on a single kernel and they run the same kernel. All other applications such as system libraries, configuration and program files can be different for each VPS. Different Linux distributions can coexist on a single Virtuozzo Containers for Linux server.

From consumer’s/siteowner’s point of view Virtuozzo is great solution because it is a fast-performing solution that offers many tools for simple management.

Todays VPS solution, VMware ESX Server is a virtualization product component of VMware’s larger offering, VMware Infrastructure. It adds management and reliability services to the core server product. The basic server requires some form of persistent storage – typically an array of hard disk drives – for storing the virtualization kernel and support files. A variant of this design, called ESX Server ESXi Embedded, does away with the first requirement by moving the server kernels into a dedicated hardware device.

VMWare divides web server to virtual machines which run a base OS. They are completely independent and can run different OS from the server Operating System. VMWare fans claim that the company’s VPS works better than Virtuozzo because the resources we use on VMware powered VPS are “truly ours”. They call VMware VPS “Virtual Dedicated Server” (VDS) instead of VPS. VmWare doesn’t share resources, it divides them between VDS users and their usage is exclusively guaranteed. VMWare operates at the hardware level by conducting a full hardware emulation, and creates isolated, stable and secure environment with high performance.

Be the first to comment on "VPS Hosting. OpenVZ, Virtuozzo, VMWare"