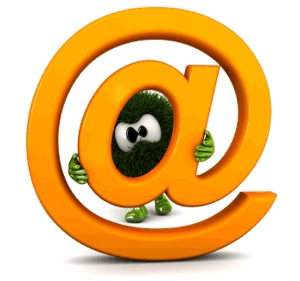 It is much like a Word War 1. It is again Germany involved and you still have Russians battling. But this time both sides are fighting for your email box. I’ve start receiving an Russian Spam and year ago. Although it still flooding my inbox I manage to handle it. But German spammers (or those who send German language spam) are invading users with high intensity. Can we fight them?

I hope we will not loose the battle to Germans. Spam however is only one of the things which threaten to occupy your mail box. Spy software in combination with various viruses are even more dangerous because they can steel your identity.

A few years ago I’ve decided not to open Microsoft Word files sent by email and even to delete any unauthorized email message that comes with an attachment to my mail box. This helped for a while, but the things went the wrong way when I begun to open attachments sent from business partners. Of course I needed to do this, and although I used McAfee anti-virus and some form of anti spy and Zone Alarm firewall I still had issues with Spam and spyware.

A few weeks ago I spend almost 3 days in cleaning up my notebook. This included a few time install/uninstall McAfee and Zone alarm as well as the purchase of SpyHunter Security suite. Now I’m fine, and the only thing I would fight is Russian and German spammers.

I’m thinking of adding German letters and words to server SPAM filter and to my anti-spam tools in a way to prevent German messages to come to my e-mail box. Or i might even ban German language emails. I don;t speak this language and no one is supposed to use it to contact me.

The prevent form Russian spammers is a little bit harder for me, because Russians use cyrillic alphabet. I’m Bulgarian by nationality and historically Bulgaria was the first country that implemented cyrilic alphabet. The Russian spam is a problem for the Internet users from all nationalities which use the same alphabet. So I’ll need to make some changes in antispam configurations and to add a number of russian words to “Banned” list.