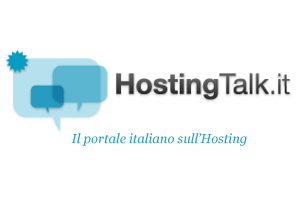 When Stefano Bellasio from HostingTalk.it contacted me and asked me for an interview I was excited to talk to him because of one simple thing. His web hosting media looks is very good and is in Italian language. I spend most of my time in Europe and I’m optimistic about EU perspectives. When it comes to web hosting this means that I would like to see a globalized hosting market in Europe. One of the key factors that would boost the development of a single web hosting market in Europe is the quality web hosting media. They are very important in the process of creating understanding and consumer confidence, that such a globalization is good for European web hosting industry.

This was an introduction to my conversation with Stefano, that you can find below. This is the English version of the interview published in HostingTalk.it:

Hi Dimitar, welcome on HostingTalk.it, please can you tell us about you, your job and you experience in the web hosting industry?

I’ve been around for almost 10 years. A long time 🙂 I remember that I’ve create a small web design studio in 1999. There weren’t too many web hosts at the time. my fist host was Addr.com and it was horrible. I’ve changed it with the early ICDSoft, but  once me and my partner realized we have 20+ customers we decided to get dedicated server. I told him “Let’s start offering web hosting. We’ll do it better than many others?”, and this gave birth to Host Color.com, a web hosting company that is still good and still on the market. My former partner stayed in this company until 2004 when he founded a software company. I have spent 2 more years in Hots Color and decided that it is time for me to move on. Now I’m in consulting business. I have time to write and to work with various web hosting companies and web service providers.

I’ve seen a lot within the last 10 years. The industry changed a lot. Web hosting companies served simple HTML based websites in 2000. Today we talk about cloud hosting and web hosting as SaaS business. This is huge transformation.

I know you have a popular blog about hosting, why do you started blogging about hosting? What are opportunities for a hosting blogger and how much interest there is in the net?

I don’t remember why I created Dawhb.com. Probably I thought that I can create a commercial website that would bring me a good money. However once I created it, I realized that I don’t want to publish press releases and boring news about disc space and gigabytes, that web hosts offer to their customers. So I’ve begun writing what I think about things I see in web hosting. This made Daw blog to distinguish from other blogs in web hosting industry. There are actually a very few independent web hosting blogs, that offer real journalism in hosting industry.

Most bloggers prefer to praise web hosting providers and to commercialize their articles. They do not pay attention on issues like overselling, horrible customer support, provider’s downtime and etc., because such publications do not sell and do not bring them advertisers.

But someone still has to talk about those things, to say things that web hosting companies may not like. Let me give you an example When I saw that HostGator launched a very cubbish advertising, one that practically insulted the intellgence of the consumers, I wrote an article about it in Daw blog. Most of the other bloggers didn’t. Unfortunately most people in our industry prefer to conform with the bid web hosting companies.

I like very much companies like RackSpace.com, Hostway.com or HostMySite.com for example, but I will not hesitate to write anything against their policies, services or TOS if any of them for any reason make something inappropriate.

I think that bloggers aие alike journalists, some of them actually are journalists. They must see the industry where they operate from both provider’s and consumer’s perspective. Any quality, hight traffic blog is a media and as we all know some web blogs are very important, sometimes even more than traditional media.

Recently  I  read two good articles on your blog, one is about credit crunch in the world, you say that hosting industry isn’t worried about that and isn’t exposed as other industries, can you explain to us what is your point of view? Why hosting provider should have less fear?

I’ve seen some executives of web hosts to giving faked answers to media questions about their companies during the financial crisis. One of them, a guy who’s in charge of a very popular overselling hosting provider even told a popular web hosting media that his company was experiencing “strong growth”… this was in the middle of the credit crunch. So just imagine… in the middle of one of the worst financial crisis in the modern history, when billions of dollars just disappeared and millions of people lost their jobs… some stuck-up CEO of a minute web host to explain that his company is doing better than ever before. It was non-sense. His company is probably in a good health, but “strong growth”… this is hard to believe.

There are many reasons, shared web hosts to worry about the financial crisis. At the same time enterprise hosting service providers may attract new customers if they offer cost effective solutions.

Second article is about future of this industry, web hosting is changing with technology like virtualization, like cloud computing, and in the future terms like “shared hosting” may not exist. Do you agree with this point of view and what is your idea about that?

I think that Shared Hosting will be transformed both as a term and as a service framework. The model of cloud computing, the development of different clustered hosting systems and solutions will change the Shared Hosting environments. Companies will be able to use much more resources. I expect, within an year or two, most web hosts to stop using standard rack mountable servers and to deploy sophisticated cluster hosting systems, which require less management effort and offer higher availability.

Well, hosting industry in United States,  I  think is much different from European industry, can you give us some info about?

American companies are doing much better than those in any other country. The U.S. market is huge and it is much more easier to make a breakthrough. America will continue to be something like “Treasure Island” in web hosting industry. A good example for this is 1&1. They have become a bigger web host than Yahoo only five years after they stepped into the U.S. market. This is significant achievement. We should admit that American web hosts have a better business models, and their employees work more than those in other countries. Of course the costs of doing business in U.S. aren’t that high like those in EU.

We can understand how important is American hosting market when we see what companies like Parallels.com do. They are focused on U.S. market much more than on any other, they even organize their corporate events in United States only. I expect Asian markets to grow a lot within the next few years, but they will not become more important than the American one.

It is very intersting in Europe. Web host here are separated by national borders. There is no such thing like global EU hosting market. Most consumers know only the web hosts that operate in their own national markets. A future globalization of the EU hosting market will make it more competitive.

Be the first to comment on "U.S. Are Still “The Treasure Island” In Web Hosting Industry"