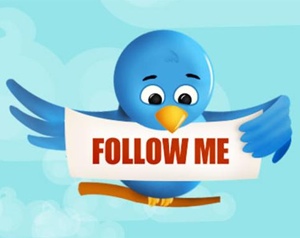 Everyone is crazy about social networking, especially about Twitter. I see many people have already freaked out about this Twitter thing. So freaked out that they even allow their Twitter profiles to be turned into a marketing channels. They do. I have seen a few popular bloggers I read from time to time to sell promotional messages on Twitter. They post things about their advertiser’s website, products and/or services and the message reaches all their followers.

Twitter is becoming powerful media (See “How Companies Should Approach the New Twitter Advertising Model” “Twitter Promoted Tweets Are Live“). However I wonder how the users of micro-blogging platform would respond to the trend of commercializing of the service. I don’t think that most of them would enjoy reading promotional messages posted from so-called “friends”.

But I might be wrong. There are services like uSocial.net which offer to send you 1,000 Twitter followers and to make you a “Rockstar” in Twitter. I wouldn’t place a bet that the business is slow for this company and others who offer similar marketing services.

I probably wouldn’t spend $100 to get 1,000 followers who would go away shortly after they came. And how to make sure that those a real humans, not fake accounts created for marketing purpose. But I might be wrong! So if you have already spent on service like this, share your experience and tell me did it worth the money and the time spent?

However when it comes to online advertising, I should admit that any clever advertising strategies based on targeting certain user groups through contextual ads would have a major success on Twitter.

BuySellAds – A Good Way To Spend on Advertising