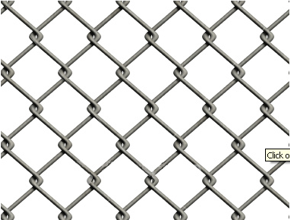 Sometimes I ask myself do I have to pay too much attention on overselling. Do we have to tolerate those who oversell? My answer is “No” and I’m very serious when I say that overselling trend is killing shared web hosting market. That’s why I feel good when I see that there is a growing number of people who speak clear against overselling policies. Take a look at this conversation at Web Hosting Talk.

The forum member Hainam4u starts his thread by saying that he is familiar with overselling. “Yes, yes, I know that it has been discussed here millions of times, but why I’m backing now?” says the WHT forum member.

“Hope that any of you know Dreamhost (DH)” writs Nainam4u and explains that the web host mentioned above oversell and “they say that there’s no problem”. The web host “was reliable and rich of features”, according to him. He says that their clustered servers were stable, anyone could use tens of GB of disc space, thousands of GB of data transfer per month “without any problem”.

Since February the web host became “sometimes slow and overloaded”. The client of Dreamhost says his database “was dropped once (they said that I used a query taking more than 100 seconds to finish, but when I tested it later it take less than 0.5 second)”. He explains that since the beginning of March a “whole cluster of 100 to 200 servers had problems repeatedly”.

Hainam4u writes that 200 servers were taken offline during 12 hours to move to another data center. But the problem was still there! “During the last week one of my websites had an uptime of less than 50%. Finally I’ve moved that site to another web hosting provider”, says the seedy site owner.

“That’s my story”, says the WHT member. He also added that the web host he had problems with “providing” 500 GB disk space, 5 TB data transfer for less than $10 per month.

Hainam4u explains what happens with the hosting service when 4 or 5 customers use the 500 GB disc space that they were promised to get? “10,000 other websites have no space left! It’s disaster”, posts the forum member and says that this happened to him and to many other customers a few times last month. “No space left to create your file”, concludes the site owner.

“If you’re serious (about your website), don’t pay less than $10 (if you need to use) more than 10 GB data transfer and 100 GB monthly transfer”, finishes the post Hainam4u

What do people think?

“… and eventually most will find out that if you need quality you can’t always stay with oversellers as this is bound to give a problem sooner or later” says … in the first response to the thread. “Best thing for you is to search for a good web hosting partner which will suits your needs”, says 040Hosting.

“You should be on a dedicated server. Of course your going to run into problems on a shared host using 1TB of monthly transfer for $10 per month” posts Rich-Elief

“I wouldn’t blame anyone for overselling even it is awful trend that makes web hosting to look very cheap and tricky business. I would like to ask you and other website owners who supported overselling web host something “Why did you do it?”. If those hosts were capable to provide good service fro a long time, that should be fine for you?”, asks HostColor.

“Anyone is responsible for their own decisions. You knew whether your web host was overseller before sign up. It is a contract. When you accept the conditions it is better not to complain”, adds WHT member. He says that the one of the good news about web hosting is that this is a very competitive market, so anyone can switch web host anytime they need.

“When we think as a service provider, may be overselling is helpul for control our resources”, adds Bineshjacob. According to the form memeber the result of overselling will not be good if anyone is trying to make a list of web hosting companies which do not oversell.

“We have seen many gaint web hosts like Hostgator and DH who oversell. So I would like to say overselling is a part of web hosting. I don’t believe it will change”, say the WHT member in conclusion.

“I have a slogan for the work I carry out… The quality of my service will be remembered long after the price is forgotten.”, says Outlwa Web Master, a WHT member with more than 1,400 posts.

I will not post my thoughts this time. My readers can review articles such as Yahoo Ended The Overselling Debate in Web Hosting and 2008 – Shared Web Hosting To Become Monkey Business?.

RoundCube, Another Good Free Webmail To Use